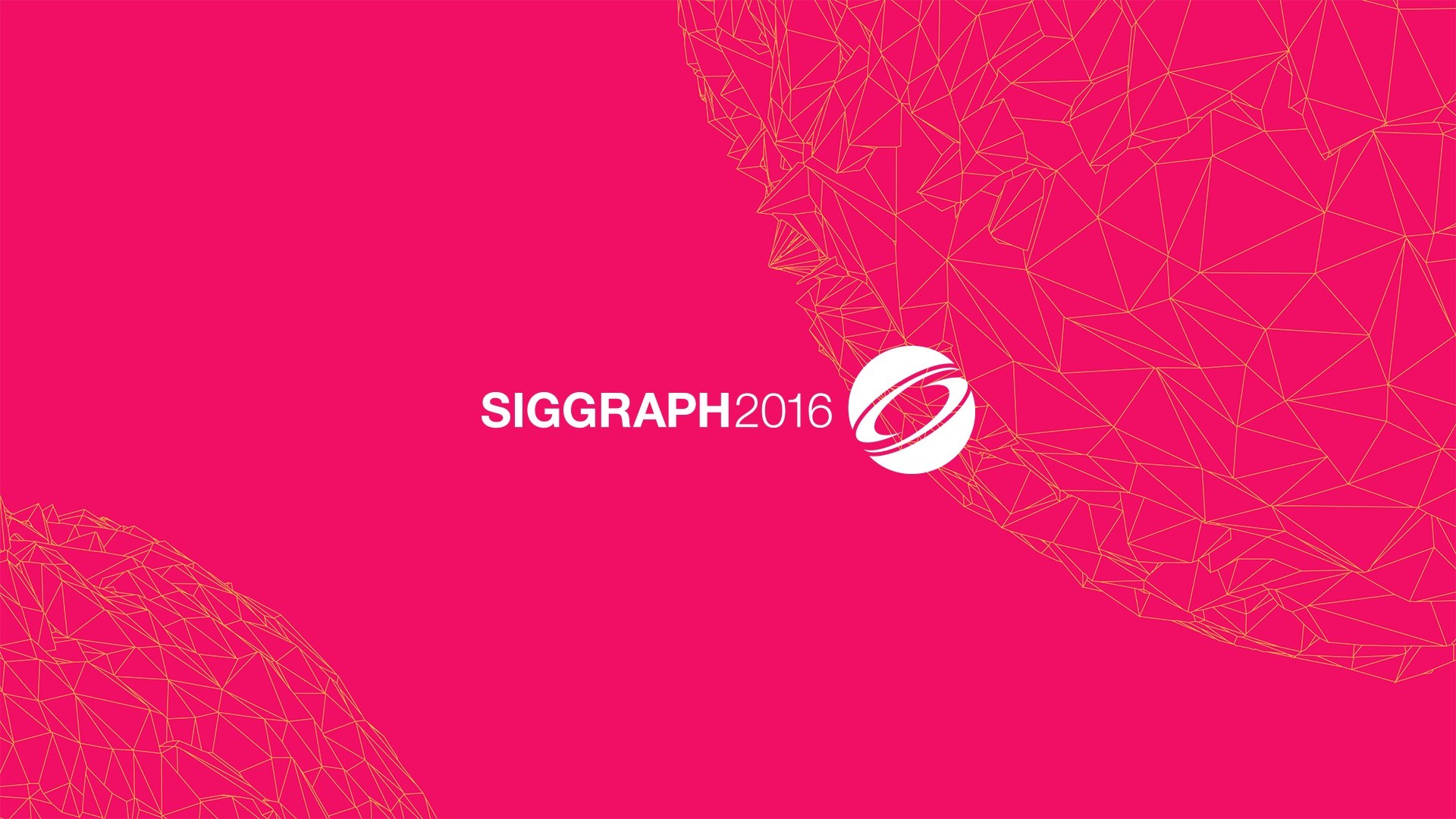 Recently we went to SIGGRAPH, the world’s largest, most influential annual event in computer graphics and interactive techniques (Anaheim, California, July 24-28, 2016). Here are some of our highlights:

Lucasfilm, in collaboration with Autodesk and The Foundry, published MaterialX, an open standard for transfer of materials and other content between different applications and renderers. It was used in the latest Star Wars movies, and will help anyone who develops rich applications on multiple platforms (and that includes us, of course).

Metavision showed a demo of the Meta2, an augmented reality headset similar to the Microsoft HoloLens, but with a much bigger field of view. Users can see objects float in the air in front of them, and objects stay in the same place when the user moves. Interaction is possible using nothing but the hands.

Peripherals like iPads can also be detected by the Meta2 software. In one demo the user held an iPad displaying the website of an online shoe vendor, and when tapping a shoe the shoe would float in the air as a 3D model that one could walk around. The Meta2 is available for pre-order at around $ 950. The technology is still in an early stage, but we are looking forward to the possibilities such a headset offers once it matures.

Want to see if those clothes still look nice after 50 washes? How will the wooden table change with age? SIGGRAPH provided an answer with the technical paper “Time-Varying Weathering in Texture Space”.

Given a slightly aged picture of a material, it is now possible to reconstruct the original texture as well as simulate ageing in the future. The breakthrough is that previous research only dealt with specific materials, such as only glass or only fabric, while this algorithm can be used on almost anything. Pretty fantastic!

Optimizing shaders to get the best performance out of an application can be time consuming. We learned about easy shader optimization with a new compiler called Spire, which has a user interface to change shader features, show the impact on draw calls, and will automatically generate the resulting GLSL shader.

The Computer Animation Festival Jury’s Choice award went to a Dutch film this year: Cosmos Laundromat by Ton Roosendaal, original creator of 3D software Blender, and his team. The official video is available at https://gooseberry.blender.org

Congratulations Ton! We enjoyed the film very much.